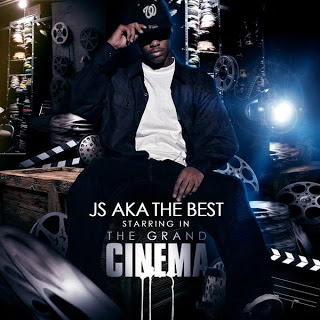 The Highly Anticpated Debut Album titled “The Grand Cinema” by DMV Producer JS aka The Best is finally released today August 3rd along with DMV Artist Wale’s Mixtape “More About Nothing”. The concept of this LP album is JS aka The Best remaking some of entertainment’s most popular movie themes into a brand new Hip-Hop sound that has never been done before by any artist. He will also be holding a contest for artist to record over these tracks and the best tracks will be on the re-released version of The Grand Cinema. All artist can send in their tracks to jsakathebest@gmail.com before November 30th.  JS aka The Best has produced for artist such as Roc Nation artist Young Chris and remixes for Xzibit, Raheem DeVaughn, Busta Rhymes and many more. Autographed Hard Copies of “The Grand Cinema” will be distributed along with a special behind-the-scenes DVD and never before seen footage of JS aka The Best